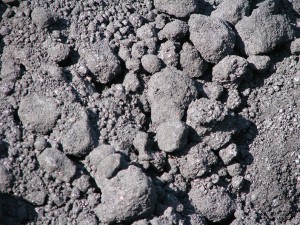 Green Petroleum Coke (raw coke) is the primary solid carbonization product from high boiling hydrocarbon fractions obtained at temperatures below 900 K. It contains a fraction of matter that can be released as volatiles during subsequent heat treatment at temperatures up to approximately 1600 K. This mass fraction, the so-called volatile matter, is in the case of green coke between 4 and 15 wt.%, but it depends also on the heating rate.

Raw coke is an equivalent term to green coke although it is now less frequently used. The so-called volatile matter of green coke depends on temperature and time of cooking, but also on the method for its determination.

Green Petroleum Coke has three shapes as shot coke, sponge coke and needle coke. Physical structure of it and purity determines use of it.

Green Petroleum Coke can be used as following: